Book Recommendation - Until the Mountains Fall 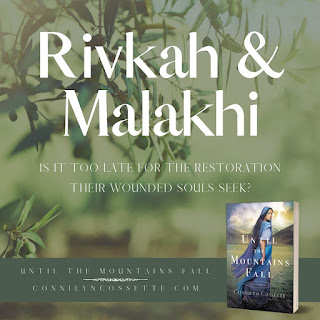 Connilyn Cossette is one of my go-to authors for Biblical Historical fiction. She began with the Out of Egypt series that followed the Israelites out of slavery in Egypt and beginning the battles for the Promised Land. The follow-up series is the Cities of Refuge series that speaks of the cities of refuge in the Old Testament that were set up in the newly established Israelite territory for those who had accidentally killed someone to flee from the next of kin, or avenger of blood. Until the Mountains Fall is the 3rd book in the Cities of Refuge series. It follows the story of Rivkah, a young widow, and Malakhi, her late husband's brother. They are betrothed in a Levirite marriage in order to carry on her dead husband's name, but Rivkah cannot stomach the thought of marrying the boy who has tormented her from her youth, and so she runs. This story has a great "prodigal son (or in this instance, prodigal daughter)" message to it. I enjoyed the Biblical cultural aspect and chronology, seeing how the territories fell apart after the death of Joshua and seeing Malakhi and Rivkah's love story play out. Everything that Ms. Cossette has written has been nothing short of fabulous and this book follows suit with that. It rates up there in the top 2 or 3 of hers for me! 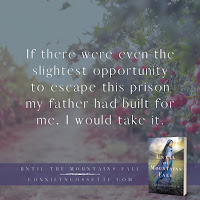 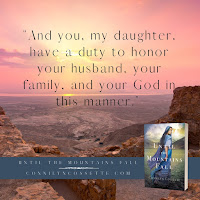 Being part of the author's launch team gave me access to some interview questions. I've shared some here for you to give you an inside scoop on some of the nuances of this story!


1. Is there a favorite character or one you’ve felt connected with the most in this book or the series?

I think because Moriyah is really the core of the Cities of Refuge series, I’ve felt most connected to her character long term. It’s been interesting to follow a character from the age of thirteen all the way through her life journey until she is a great-grandmother and to explore how her life and witness has affected those around her. I hope that readers see Moriyah as an example of what it is to be a light to the world, even when your influence is relatively small.

2. What was your inspiration for starting this series?

I began this series because I wanted to explore what happened after Jericho and found myself fascinated with the Cities of Refuge and what life might have been like within the walls of such a unique place. I also just really fell in love with Moriyah in Wings of the Wind and felt that she was demanding that I tell her story.

3. Did anything happen during the writing of this book that changed the trajectory of the story?

I had a fairly firm grasp on this story from the beginning, when I was plotting it with my plotting group but I did find some fascinating research about Edrei, which is one of the cities in which a portion of the story takes place. I read about an amateur archeologist and explorer named Gottlieb Shumacher who claimed to have visited the historical site in current day Daraa, Syria well over a hundred years ago with the help of local guides and discovered a series of tunnels and caves below the city. There is of course no certainty that this site he explored is actually the city of Edrei but the description was compelling to me and stirred my imagination. So the scenes that take place in and below that city are because of this captivating bit of information I just happened to stumble across.


4. What’s one thing you wish readers would take away from this book?

I hope that readers are reminded that our Father loves us with boundless, everlasting love and that no matter how far off we’ve wandered, He is always waiting for us, arms outstretched, and our names written on his scarred hands.

5. Will we see Rivkah and Malakhi again in future books?

We will definitely visit these two in Like Flames in the Night, which takes place eight years after the close of Until the Mountains Fall. There is more to tell about Moriyah and Darek’s family so fear not, I haven’t left you hanging without resolution to some of your burning questions.


Until the Mountains Fall releases on July 2, 2019. For more information, check out the following links:
Connilyn Cossette's website:https://www.connilyncossette.com/
My full review:  https://www.goodreads.com/review/show/2546332594

Popular posts from this blog

Book Recommendation - With This Pledge

With This Pledge is the first full-length novel in Tamera Alexander's Carnton series. The series began with a novella, Christmas in Carnton. That one does not need to be read to enjoy With This Pledge, but it does set up some of the background of the area (and the main characters from that book make a cameo in this one). Unlike most of Ms. Alexander's novels (and most other historical fiction), the 2 main characters in this book were actual historical people and they did have a love story. Ms. Alexander therefore did a great deal of research, including dissecting the love letters written 150+ years ago. Going in, knowing this was not JUST a historic event, but that these were actual historic people, really brought the story-line alive.

This book takes place in the heart of the Civil War around the battle of Franklin. At that time, Carnton (the nearest plantation home) was used as a military hospital. Those who have recently toured the old plantation home (now a museum of sort…
Read more 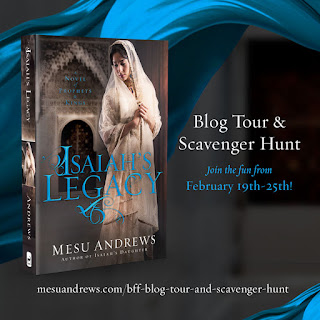 1 Week ~ 24 Blogs ~ 3 Incredible Prizes!
Learn a little about Isaiah’s Legacy and enter multiple giveaways while picking up CLUES at each stop. Compile all the clues, submit the final PHRASE at the last stop, and you’ll be entered to win one of 3 Grand Prizes!
What are the prizes? They’re completely unique to the winners!
Mesu will contact each winner personally to chat about what they would most like to see in Israel, and then she’ll SHOP for just the right gift while touring Israel, March 6-19! She’ll then purchase a personal and memorable gift specifically chosen for each of those three winners and ship them to each one when she returns. How fun is that?! How does the Scavenger Hunt & Blog Tour Work?
Begin at Stop #1. At the end, you’ll find a CLUE and a link to the next stop. Progress to each stop IN ORDER.Collect all the clues—in order—and submit the full phrase at the last blog stop in the Rafflecopter form. Every stop has a clue, so be sure not to skip any along the way!You ma…
Read more

Book Recommendation - Before I Called You Mine 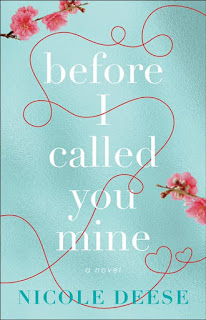 One of the things I love about authors that I follow and help is that they lead me to other fantastic authors. Such was the case with my discovery of Nicole Deese. Another author that I follow and was helping with a launch put out a plea for fans of hers to help launch Nicole's latest, Before I Called You Mine. I read the cover blurb, saw it was about adoption (which is so close to my heart) and knew I wanted to read this one! So, I signed up for the launch team, and the rest is history. I SO totally loved this book. It is easily one of my favorites for 2020. There was a lot of laughter and more than a few tears. Those are the proofs of a good book!

Here's the synopsis:
Lauren Bailey may be a romantic at heart, but after a decade of matchmaking schemes gone wrong, there’s only one match she’s committed to now—the one that will make her a mother. Lauren is a dedicated first grade teacher in Idaho, and her love for children has led her to the path of international adoption. To …
Read more